Owner’s Round Table: Hear From Owners How They See Design-Build

This February 11th, please join us for a facilitated panel discussion on the pros and cons of the design build process from an Owner’s perspective! This year we have a spectacular lineup of owners from the state of Oregon. Together the panel will discuss their experiences, both good and bad, with the design build process. They will also be discussing their upcoming capital projects and explaining why they are likely to choose particular procurement methods for each. 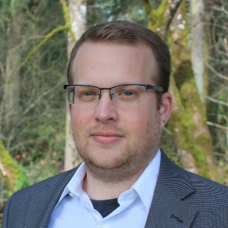 Thane Miller is a registered architect and LEED AP who graduated from Ball State University with a degree in architecture and environmental design.  He began his career with a focus on high performance, sustainable learning facilities, that promoted collaborative learning through experience and design.  After the completion of numerus LEED certified schools in the northwest he transitioned into public service initially as a contractor and then as a federal employee for the Bonneville Power Administration.   Early works in the public sector included a Green Globes certified critical facility, several Green Globes certified energy delivery buildings, and strategic planning initiatives targeting environmentally sensitive and sustainable redevelopment plans for regional DOE complexes.  Resent work efforts include the design and implementation of a near net zero energy maintenance headquarters and a LEED Gold (trending) centralized maintenance garage that together form the backbone of a redevelopment program at the Bonneville Power Administration’s largest complex.  This program is leading a transition in procurement methodology from predominantly design bid build to progressive design build.

From September 2013 to December 2015, she served as the chief operations officer of the hospital while continuing to practice as an emergency medicine physician. In December 2015, she was promoted to chief executive officer. In July 2017, she was also named chief executive officer of Samaritan Pacific Communities Hospital, after serving as interim CEO for about six months. Dr. Ogden has served for many years as the president of the medical staff of Samaritan North Lincoln Hospital and as a trustee on the North Lincoln Hospital Foundation Board.
Dr. Ogden received a bachelor’s degree from Troy State University, a Master of Business Administration from The Citadel, and a medical degree from the Medical University of South Carolina. She completed residency training at Oregon Health & Science University and is board certified in emergency medicine.
A native of Florida, Dr. Ogden first moved to Oregon for her emergency medicine residency in Portland and fell in love with the state, especially the rural beauty of the central Oregon Coast. She and her husband, William, consider themselves incredibly fortunate to have found such welcoming and blossoming medical communities in Lincoln County.
Dr. Ogden is an active Rotarian in Lincoln City and sits on the board of directors of the Economic Development Alliance of Lincoln County. She is excited to lead these critical access hospitals as they face new challenges and opportunities through health reform and the rural health care delivery system. In 2015, plans to build new hospitals in both Lincoln City and Newport were approved. Dr. Ogden is leading these exciting ventures and working diligently to develop innovative, efficient and state-of-the-art hospital facilities to best serve the residents of Lincoln County.

Steve Witter directs all aspects of Engineering and Construction’s planning, development, design, construction and improvement of TriMet’s transit system, including many “state of good” repair efforts, the Powell-Division Transit and Development Project, and the Southwest Corridor light rail project.

He joined TriMet in 2001, working in various capacities on other capital projects, including conceptual design of the MAX Green Line (opened in 2009), the MAX Yellow Line (opened in 2004), WES Commuter Rail (opened in 2009) and planning work for the Columbia River Crossing. Most recently, Steve served as Program Manager on projects including the agency’s MAX Orange Line.

Steve has a master’s degree in Architecture from the University of Oregon and has taught design and graphics courses as an Adjunct Professor of Architecture at Portland State University.

A lifelong Portland resident, he lives with his family in SE Portland’s Woodstock neighborhood.

Joe was instrumental in the development and presentation of Washington State University’s annual design build conference. The conference brings together over 130 contractors, design professionals, and owners each year to address emerging issues in design build procurement and delivery. He also served on Washington’s Capital Projects Advisory Review Board’s reauthorization committee, which made recommendations to update Washington’s authorizing legislation.

A registered mechanical engineer, Joe has worked with the US Navy, Iowa State University, University of Idaho, and Washington State University. Joe is also a Certified Construction Manager (CCM) through CMAA.

Linda has been at PCC for over 17 years working on planning, design, and capital construction throughout her tenure. With the passing of the 2017 Bond Program, this will be the third program she has worked on since joining PCC. As the director she is responsible for overseeing the work on all the campuses and centers and has a broad view of the college and the many aspects of the programs and services PCC offers to support the entire community.
Linda holds a Bachelors of Science degree and a Masters in Public Administration, both from Portland State University. She is currently in law school at Mitchell Hamline School of Law with an expected JD Summer 2021. She is an active member in the Society for College and Urban Planning (SCUP), served on the Beaverton School Board, and is active in her community.